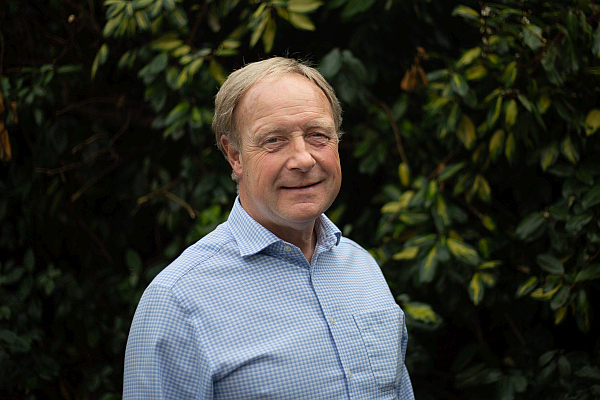 Nick Taylor has joined the team to progress the ideas presented in the Kendal Vision and, working with partners, develop them into projects.  His early role will involve engaging local businesses and landowners and helping the town attract more investment to enable plans to be realised.

He will also be leading the development of some community led Action Groups based on some of the themes identified in the Vision.  The groups will be open to all and will include representatives from existing groups and societies, as well as local people who wish to share their views or lend their expertise.

The appointment, which is for two days per week, has been made possible thanks to investment from South Lakeland District Council who have awarded Kendal Futures a £150,000 package of support over the next three years.

The Council has also made available a further £135,294 for the development of projects which support the Kendal Vision and Kendal Town Centre Strategy.  Additionally, South Lakeland District Council will work with Kendal Futures and other partners to ensure the S106 developer contributions of £246,000 received by the council from the Sainsbury’s supermarket development in Kendal are used to enhance the pedestrian route from Kendal Station into the town centre.

Nick Taylor completed some interim work for Kendal Futures earlier in the year, and he was previously part of the Farrer Huxley and JTP facilitation team who led the public consultation weekend back in October 2019 which directly informed the Vision.

He previously led the renaissance of Scarborough working for the then Regional Development Agency Yorkshire Forward, which included the redevelopment of the town’s historical harbour and quayside.  Later roles within the local council included inward investment, town centre management and the re-development of Scarborough Market Hall. More recently, Nick was the Commercial Lead for bringing shops, cafes, bars and restaurants into the newly refurbished historic Grade 1 Piece Hall in Halifax.

In his spare time, Nick is the regional planning representative for the Yorkshire and Lincolnshire Coastal area and is a keen sailor and Royal Yachting Association dinghy sailing instructor.

Nick said: “I am delighted to work with Kendal Futures at this exciting time. Kendal is a wonderful town and I look forward to working closely with its businesses and the local community to help bring the ideas presented in the Vision into reality.  I’ve already had many conversations with local people and I look forward to encouraging them to work together through our Action Groups.”

Mark Cropper, Chair of Kendal Futures said: “Appointing Nick Taylor will expand our resource and skill base and support our voluntary board in progressing the aims of the Kendal Vision.  It’s important we continue to involve local people and businesses in the development of the Vision to ensure projects meet their needs.”

Councillor Robin Ashcroft, Portfolio Holder for Economy, Culture and Leisure for South Lakeland District Council, said: “We welcome Nick to his new post with Kendal Futures and are sure he will play a key role in our joint journey towards significant positive development in Kendal.

“Only by working together can real progress be made on economic growth. We are certain our work together will make real the aspirations of Kendal Futures’ Vision and our Kendal Town Centre Strategy, and promote tangible positive change.

“We look forward to the next stage in our journey towards creating an environment and infrastructure that is attractive to people and supports not just the economy but social, cultural and environmental benefits as well.”

The Kendal Vision is a call to embrace change, new ideas and innovation and inspire a vibrant and successful future for Kendal.  It was commissioned with funding from several of the town’s major employers, landowners and private sector businesses, and the process included an intensive process of engagement with local people.

More information about the Vision Action groups and how local people can get involved will be available soon.  In the meantime, local people are encouraged to contact nick@kendalfutures.co.uk to register their interest.