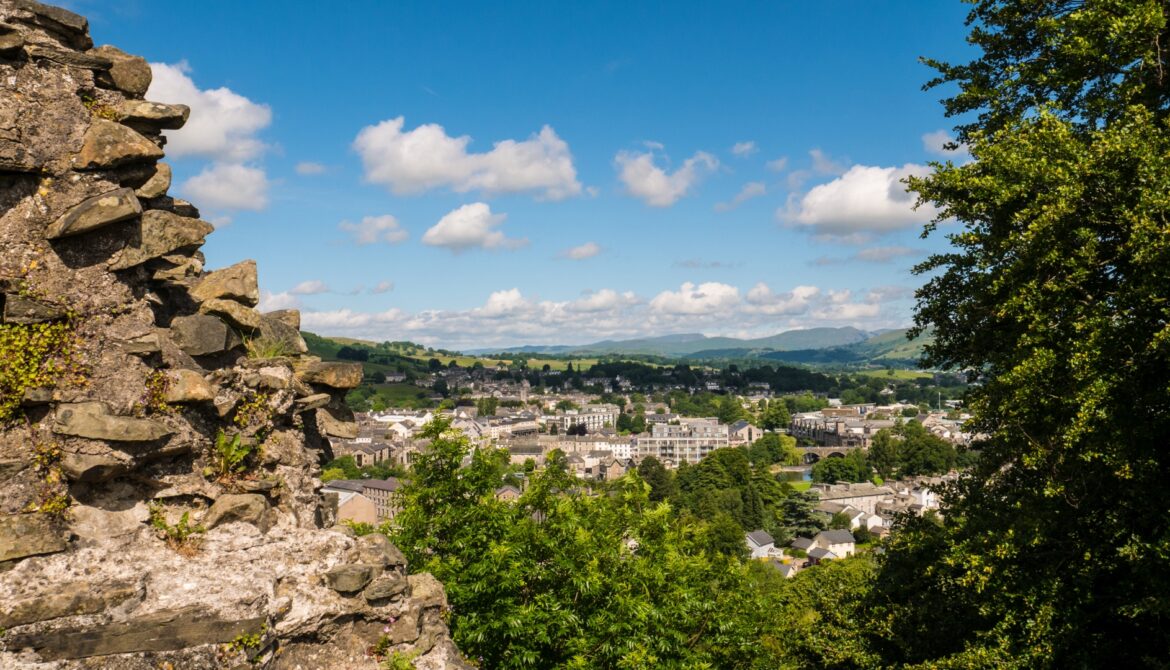 An ambitious plan to pledge more than £500,000 towards the development of projects to boost Kendal has been backed by South Lakeland District Council’s Cabinet.

Cabinet members agreed to recommend to Full Council next Tuesday that £531,294 of core support over the next three years be approved, partnering with Kendal Futures Community Interest Company (CIC) to deliver activities identified in the Kendal Vision and Kendal Town Centre Strategy.

The money would comprise £150,000 over three years to Kendal Futures CIC for the role of a Vision Manager and associated delivery group work, as well as £135,294 to appoint professional services to develop agreed projects in the Kendal Vision and Kendal Town Centre Strategy.

SLDC would additionally put to use S106 developer contributions received by the council from the Sainsbury’s supermarket development in Kendal, contributing up to £246,000 for a Kendal Station Gateway public realm improvement scheme, enhancing the immediate pedestrian route into the town centre.

Kendal Futures CIC would seek to secure additional private and public sector funding to increase the investment into Kendal and sustain the project beyond the initial three-year period.

Kendal Vision and the Kendal Town Centre Strategy, which were launched jointly in March this year, contain a wide range of complementary projects and initiatives to enhance Kendal town centre.

Together, the Strategy and Vision have the potential to deliver:

Councillor Robin Ashcroft, Portfolio Holder for Economy, Culture and Leisure, said: If approved, this significant investment by South Lakeland District Council will demonstrate our commitment to supporting the economic recovery of our town centres and communities and making South Lakeland the best place to live, work and explore. A vibrant, prosperous Kendal is important not only for South Lakeland but within the context of the wider Morecambe Bay area.

“In recent years relatively modest contributions from SLDC have unlocked much larger capital investment, for instance at the Windermere Jetty Museum and Wordsworth Trust. A time of crisis is a time to show initiative. We need to be on the front foot and we believe that this will unlock Kendal’s potential.”

Cllr Ashcroft added: “Kendal Futures have shown much initiative and considerable experience around developing Town Centre Visions and are fully in agreement with us that this learning should be shared with other towns in South Lakeland to the benefit of the wider district.”

Mark Cropper, Chairman of Kendal Futures, said: “The Vision was the culmination of an intensive process of listening to the views of the town, but publishing it was really just the start.  South Lakeland District Council’s investment is hugely significant for Kendal and demonstrates a real commitment to support positive developments, responsibly delivered.

“Kendal Futures will work with all our partners, including the local councils, landowners, employers and local people, to make Kendal a better place now and in the future.  This will not only involve attracting investment that has been missing, but will encourage all of us to play more of a role in enhancing our community – it’s not just about the money!”

Cabinet was told that the funding would enable the appointment of a Vision Manager, establish delivery groups, support the development of funding applications and appoint professional services to develop agreed projects and initiatives.

The focus will be on the shared aspirations and guiding principles in the Kendal Vision and Kendal Town Centre Strategy of:

Kendal has also  been selected for a High Street Task Force national pilot and an ‘Unlocking your Place Potential’ visit is taking place on 16 December, when a place expert will tour the town and meet with SLDC, Kendal Futures and other key stakeholders to hear more about their plans and how to help realise them.

Kendal Vision was produced by Kendal Futures, the private/public sector regeneration partnership for the town, and funded by several of the town’s larger employers, driven by a desire to secure the town’s future success and prosperity and meet the needs of their workforce.

The Vision was developed following a comprehensive community engagement process to understand the views and perspectives of Kendal’s people, organisations and businesses.

The Kendal Futures partnership itself has been jointly funded by, and had representation from SLDC, Cumbria County Council’s South Lakeland Local Committee and Kendal Town Council since 2008. Kendal Futures, established as a Community Interest Company in 2019, has board members from a cross-section of strategic employers, including Kendal College, South Lakes Housing, The Brewery Arts Centre, Lakeland Arts, James Cropper, Edwin Thompson and Napthens, who represent wider groups, sectors and interests. Kendal BID, Cumbria Chamber of Commerce and Cumbria LEP are also represented.