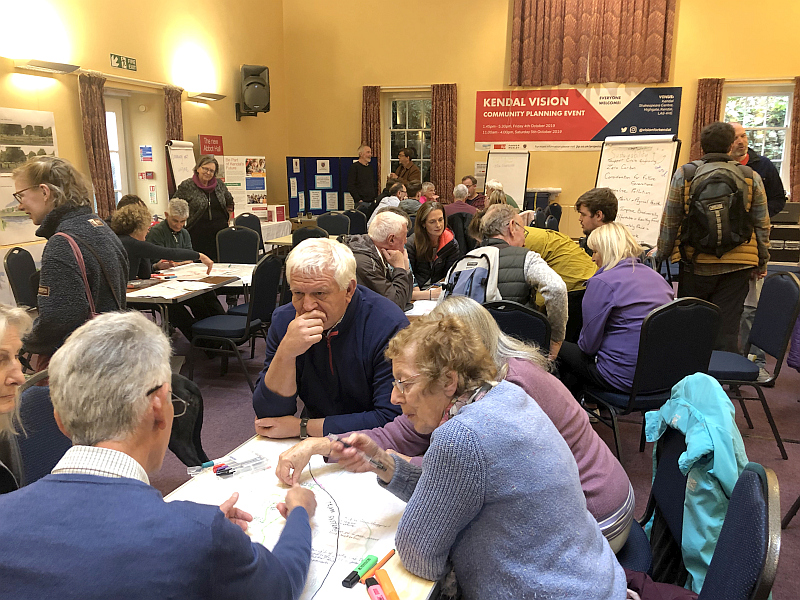 Kendal Futures is inviting local people to get involved in Vision Action Groups to help develop projects which will benefit the town and its people.

The community led Action Groups will be supported by Nick Taylor, Vision Manager for Kendal Futures.  The groups will be tasked with developing or guiding projects and initiatives which address some of the key themes identified by the public as important to them during the development of the Kendal Vision, published in March 2020.

The Vision aims to inspire a vibrant and successful future for Kendal, founded on new ideas and innovation and embrace change to enable the town to adapt to change.  At its heart is placemaking – improving the look, feel and use of public spaces for the wider benefit of local people and businesses.

The Action Groups will be formed around the Vision themes of placemaking, arts and culture, housing and workspaces, and getting around and transport.  Each group will also be asked to consider sustainability and actions which tackle climate change.

The groups will be open to all and will include representatives from existing societies and organisations, as well as local people who wish to share their views and ideas or lend their expertise.

Nick Taylor said: “There’s been a fantastic response to the Kendal Vision from local people with many people asking how they can get involved.  These Action Groups are an opportunity for anyone with an interest in the town to get involved and share their ideas, knowledge and enthusiasm to help develop initiatives which will make Kendal an even better place to live.”

Mark Cropper, Chair of Kendal Futures, said: “The Vision has identified the scale of challenge and local people’s aspirations for the town and we’re now asking the community to get involved and play a role in helping to shape and deliver that change. Some smaller projects, such as improving a small planting space, can make a huge difference to a place, and can also be further developed into far more ambitious schemes in the future.”

The Action Groups will be supported by the voluntary members of the Kendal Futures Board to ensure that project ideas can be shared and progressed with other organisations in the town.  Small amounts of funding may be available to support project development and there will also be opportunities for the different Action Groups to meet and share plans and progress.

An introductory session to tell local people more about the Action Groups and how they can get involved will be held on Wednesday 3rd November at 6.00 pm at the Shakespeare Centre.  Anyone who like to know more can attend by contacting Nick Taylor via email – nick@kendalfutures.co.uk